An awesome (almost) month with a heap of good memories and sometimes confronting new experiences, heaps and heaps of beer, and great food.  We couldn't have started our adventure off any better! 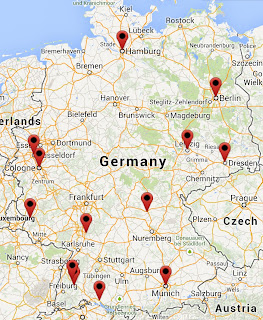 - Potatos in kebaps/shawarmas etc.
- People bring their dogs in restaurants, cafes, supermarkets, everywhere!
- The recycling effort of Germany is out of this would
- Germans make drinking beer look like a sexual experience
- 1 litre bottles of wine - and not just the cheap stuff.  "Just a couple of bottles" becomes an entirely new experience

- The pushyness and self centred attitude of so many Germans.  I.e. when you end up stranded on a train, flying in the opposite direction, because everyone is too focused on their need to get on
- The lack of doggyness of German dogs
- Obligatory tipping for what is sometimes a complete lack of service
- A lack of experimentation when it comes to brewing beer
- Drinks are never cold when they come out of a shop's fridge, they just switch the light on to create the illusion of a fridge

The very first meal we had in Germany at Malzmühle still takes the cake.  We haven't had a schweinshaxe since in worry that it won't live up to that one. 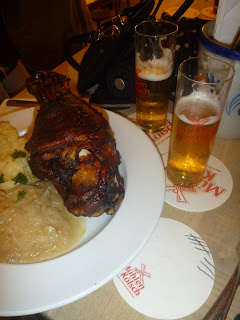 It has to be Dollnitzer Rittergutts' Gose for its sheer uniqueness, flavour, brewing skill and the context we were able to drink it in. 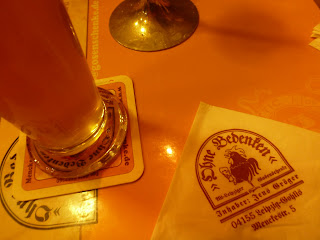